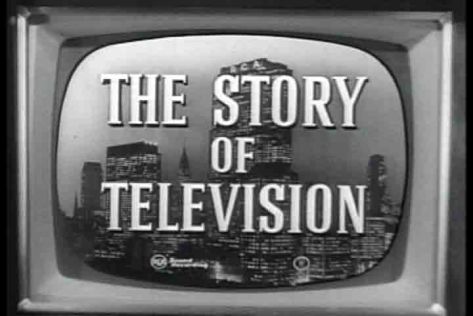 TV show titles are often misleading. Or at least only partially leading. As a corrective to that, here’s what various television programs throughout history would have been about had their titles had been truly accurate.

Add your own in the comments if you like! Or don’t. This is still America after all.

America’s Next Top Model – A nationwide talent search to find the best miniature airplane that mankind has ever seen (NO CRAZY GLUE ALLOWED).

The Apprentice – An 11-year-old boy earns passage to the New World. But when he gets there, he’s got a lot of learning to do from a kindly blacksmith.

Celebrity Rehab with Dr. Drew – D-listers are disabused of the addictive and damaging notion that they are still or ever were regarded as “celebrities” through intensive therapy and interventions.

CHiPs – A fictional re-imagining of the great Texas border wars of the 1880s between Ernesto “Sancho” Frito and Eustace Lay’s respective clans.

Clarissa Explains It All – A sex ed teacher goes very, very in depth with her lessons.

Dawson’s Creek – An entitled boy goes to a department store and decides the thing he wants the most is his own Creek Indian to entertain him. Hilarity ensues.

Diff’rent Strokes – Did any of you watch The Client List? That.

The Dukes of Hazzard – Hazzard County is invaded by lax bros that don’t realize that if you have to call yourself the “Southern Ivy,” then you’re not that.

Family Matters – The calm suburban home of a Solid, Liquid, and their son, a Gas is twist-turned upside-down when their funky fresh nephew–a Plasma!–moves in.

The Golden Girls – The secretary pool at Fort Knox in the 1950s is where the real power is, no matter what the military brass might tell you.

Home Improvement – Seeking to take hold of his life and make some real changes, a man begins making minor adjustments to his daily routine.

How I Met Your Mother – Metta World Peace loses a paternity suit.

I Love Lucy – The wife of an archaeologist is sick of being ignored for her husband’s fossils and considers striking out on her own.

Leverage – A young barista finds himself as the next-of-kin to a recently deceased banking titan, a bank with debts that make his college loans look like chump change!

Malcolm in the Middle – With brothers like these, fighting the White Devil has to be put on the back burner.

Press Your Luck – The employees at a printing press have been buying a lottery ticket together for years. But when they win, all their petty jealousies come to the surface.

Sanford & Son – A former South Carolina governor and father explains how to take a walk on the wild side of the Appalachian Trail.

The Shield – A knight wrongly accused of murder must go on an epic quest in order to win back his reputation within the kingdom and earn the hand of the woman he loves.

The Sopranos – Singing opera is hard enough–but when the opera house is haunted? It’s harder to hit the high notes over the ghosts moaning.

Three’s Company – A mockumentary set in the 3M offices, where everyone breaks up via Post-It.

The Twilight Zone – Everyone struggles to avoid snacking to avoid being sent into an alternate dimension where their appetite for dinner has been spoiled.

Two and a Half Men – A gay couple copes with their son’s horrible industrial accident.

The X-Files – A lonely librarian continues to reorganize, just to pass the time.

The Young and the Restless – At a children’s insomnia clinic, laughs are few and far between until the doctors start dressing up as clowns.

30 Rock – Hank from Breaking Bad‘s spin-off about his off-hours hobbies.