TV show titles are often misleading. Or at least only partially leading. As a corrective to that, here’s what various television programs throughout history would have been about had their titles had been truly accurate.

Add your own in the comments if you like! Or don’t. This is still America after all.

America’s Next Top Model – A nationwide talent search to find the best miniature airplane that mankind has ever seen (NO CRAZY GLUE ALLOWED).

The Apprentice – An 11-year-old boy earns passage to the New World. But when he gets there, he’s got a lot of learning to do from a kindly blacksmith.

Celebrity Rehab with Dr. Drew – D-listers are disabused of the addictive and damaging notion that they are still or ever were regarded as “celebrities” through intensive therapy and interventions.

END_OF_DOCUMENT_TOKEN_TO_BE_REPLACED

“I don’t know why this is, and I don’t understand it.” – The beginning of Andy Rooney’s Sept. 4 rant.

You ever wonder why CBS lets an old curmudgeon rant on one of their most highly rated shows? I do. It seems these days that everyone and their uncle can flip on a TV, set it to CBS–if they can figure out how. Used to be you could turn on a TV and CBS was the only channel. Nowadays, there’s a channel for everything: Music Television for music, The Learning Channel for Learning, Lifetime for Women. I don’t know how anyone figures it out. But on CBS, you can still see some old grump by the name of Andy Rooney grumbling about car gadgets or what a Lady Gaga is, or how fun it is to be the Pope. I wonder how he does it.

I didn’t realize that TV Guide ranked 60 Minutes as its 6th greatest show. My mother didn’t subscribe to TV Guide when I was a kid.

END_OF_DOCUMENT_TOKEN_TO_BE_REPLACED 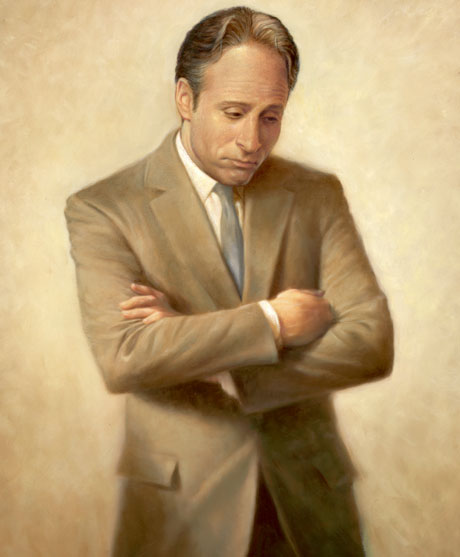 If I told you this post is going to be about Jon Stewart, would you expect it to be serious or comedic in tone? Tom Junod’s Big Esquire Profile of the man takes the former tone and suffers for it. Don’t get me wrong: profile writing is hard. You have to justify the time and money it takes to write the piece as well as the pages of magazine space they require. But any 7,000+ word story called “Jon Stewart and the Burden of History,” is going to suffer from an excess of self-importance (see: image above).

Jon Stewart took over The Daily Show from Craig Kilborn in January of 1999. Three months later, he was cowering from a rampaging Vanilla Ice on MTV’s 25 Lame. These days, Jon Stewart no longer is willing to appear on a program that counted down the 25 worst music videos of the past 25 years. This could be for a few reasons. Perhaps he has no time for the silliness of MTV countdowns and finds himself more at home sparring with cable news talking heads in a Serious Manner. Or maybe he’s too old and famous. It could be that he’s simply too busy as the host of the Daily Show, which just picked up a few more Emmy’s, and shows no signs of stopping. Either way, his career has gotten to the point where he rarely involves himself in comedy outside of the confines of his own program, which it should be noted, is a comedy show.

END_OF_DOCUMENT_TOKEN_TO_BE_REPLACED 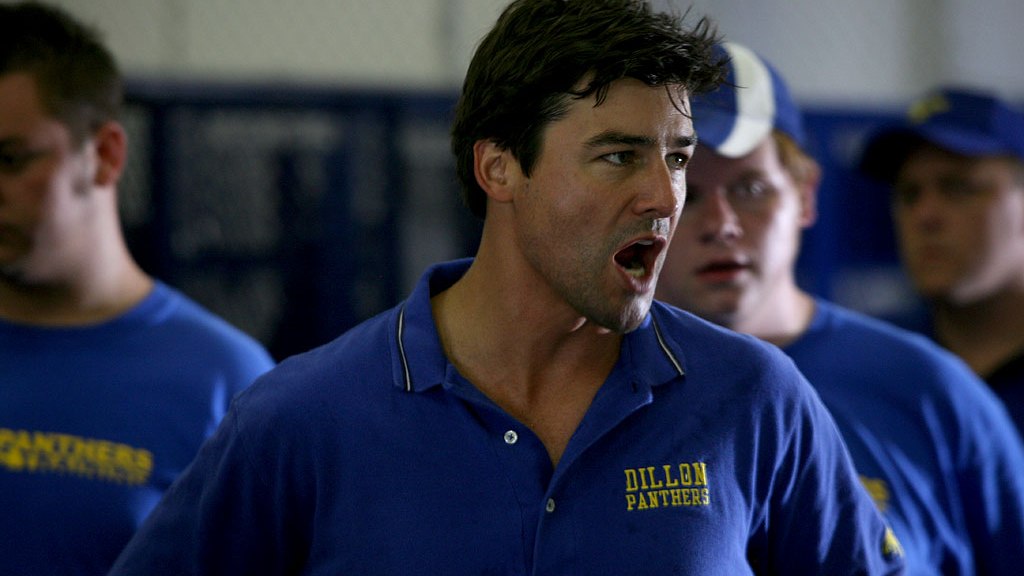 Coach Eric Taylor: a Maker of Men. A father figure to every player who ever walked into one of his locker rooms. A man with a steely gaze who wears a windbreaker like it’s no one’s business. And most of all, a great high school football coach. Right? Wrong, wrong, wrong. Except the part about the windbreaker. That’s true. Still, Coach Taylor’s methods are harmful to his players individually and the long-term health of his programs.

Eric Taylor came to Dillon High School as a rookie coach with sky-high expectations. He inherited a team expected to contend for state. Loaded with All-Everything quarterback Jason Street, Tim Riggins, junior running back James “Boobie” Miles Brian “Anchorman” “Smash” Williams, and (presumably) an offensive line that makes holes, a smothering defense, and—what the hell—maybe a decent receiver or two, the Dillon Panthers had every reason to expect big things in 2006. END_OF_DOCUMENT_TOKEN_TO_BE_REPLACED